Skip to Newest Articles Skip to Search About Us Skip to simple menu
DrBrianBakerBlog.com

Polyphenols are a group of over 500 phytochemicals, which are naturally occurring organic compounds produced in plants, that can reduce oxidative stress and inflammation in the body. Consumption of polyphenols has been reported to improve and help manage digestive disorders, obesity, diabetes, neurodegenerative conditions, and cardiovascular diseases. In recent decades, a great deal of research [..]

Ever since Dr. Linus Pauling wrote about vitamin C (ascorbic acid) and its ability to fight the common cold, controversy has persisted about the value of vitamin C, how much is needed, and how to get it into the body. Let’s discuss some truths and myths about vitamin C… MYTH: Blast a cold with vitamin [..]

Obesity is defined as having a body mass index (kg/m²) of 30 or higher. The Centers for Disease Control and Prevention reports that approximately 42.4% of adults in the United States are obese, up from 30.5% just two decades ago. The current scientific literature notes that obesity is associated with an increased risk for heart [..]

Coffee is one of the most consumed beverages around the globe, and many individuals can’t seem to start their day without a cup or two. Past research has identified several compounds present in coffee that can offer health benefits, and new research suggests that coffee intake can also help patients under treatment for colorectal cancer. [..]

Benign paroxysmal positional vertigo (BPPV) is a common cause of vertigo, or dizziness, that is associated with movement of the head (though some motions may be more problematic than others) that goes away when movement ceases. Essentially, BPPV is caused by crystals becoming displaced within the semicircular canals (inner ear), which causes eddy currents in [..]

Though some element of our overall wellbeing is defined by our genetics, there is a  lot you can do to live a long and healthy life. Here’s a short list: Get enough sleep. While the average adult needs only seven to nine hours of sleep a night to feel rested, younger age groups usually require [..]

The electromagnetic spectrum spans from gamma rays—which can be deadly—to the radio waves that flow in the air all around us without any effect. Between the ultraviolet and infrared sections of the spectrum is the most important wavelength for our eyes: visible light. But research indicates that blue light can be problematic in high doses—especially [..]

When fatigue hits during the day, many people will reach for a sugary snack or a caffeinated beverage. While these practices may lead to a quick, short burst of energy, the crash afterwards can leave one feeling even more tired. Let’s look at healthier methods to improve energy levels. 1) EAT BREAKFAST: Studies have shown [..]

A 2009 study that monitored over 8,800 elderly French adults found that an individual’s blood pressure can fluctuate with the seasons. In particular, the researchers observed that as temperatures fell, both systolic and diastolic blood pressure could rise to unhealthy levels, but they were unable to determine why. However, a study published just five years [..]

It’s common for the elderly to have multiple chronic conditions, all of which can impact their ability to live a vibrant, independent lifestyle. While it may not be possible to avoid adverse health conditions in our later years, it appears there are steps we can take now to give ourselves the best possible chance to [..] 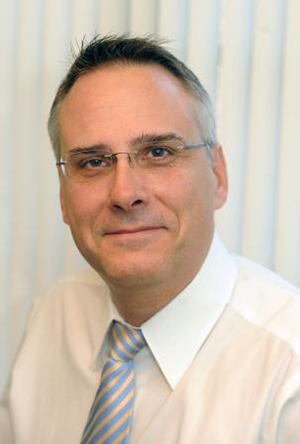